Performance Direct has been a dedicated specialist insurer for many years. As such we are often able to source insurance cover for sports, prestige and performance cars that other insurance companies cannot match.

As a result, Performance Direct is a leading insurer of BMWs, working with an expert panel of UK insurance underwriters to ensure that we offer the best cover on the market.

So, whether you own classic BMWs, like the 503 Convertible or the 507 Roadster or the latest M6 sports models you can rest assured that Performance Direct has the right policy for you.

Performance Direct has provided specialist motor insurance for over 30 years. During this time, we have built many special relationships with the UK's leading insurance underwriters and have created a number of unique motor insurance schemes. These allow us to give you cheaper policies - often for vehicles that other insurance companies won't insure!

Select your vehicle for a fast online quote

It produced both cars and motorcycles from its Munich plant until the second world war but resumed manufacturing afterwards. The post war era saw a great period of success for BMW with the brand cementing its position of a prestige automobile manufacturer across the globe. Notable cars of the 1950s include the 503 range which comprised of a coupe and a convertible version and the 507 roadster which was very popular in the USA. In fact, the 507 once owned by Elvis Presley has been used in advertising by BMW.

Following on from the successes of the 1950s, the 1960s was a great decade for BMW beginning with the introduction of a new class of compact saloons like the BMW 1500 – truly a defining vehicle in the history of BMW.

The 70s continued this trend of success for BMW, both as a production car manufacturer and in racing too. 1973 was a particularly good year for BMW in terms of racing, with success at both the European Touring Car Championship and the European F2 Championships.

In the late 70s the company introduced the 6 series and the 7 series into production which set new standards in the production of luxury coupes and sedans. This meant that BMW was operating a three tier system for its cars, a practice which it has continued. Demand steadily increased across the whole of BMW's luxury range. BMW collectors hold a fondness for cars of this era as they were the first produced of a trend which is still continuing. The E12, the E21 and the E23 mini sedan, saloon and luxury saloon respectively are still prized for their luxury and their performance.

BMW continued its steady growth throughout the 80s and 90s and released updated versions of many of its New Class series cars.

The turn of the new millennium prompted a desire for a BMW design change. The M range of luxury cars was released with a curvier design focus than had been seen previously for BMW. Traditionalists preferred the previous BMW design focus but the new vehicles sold well. The M range consists of such performance sports cars as the M4 convertible and the M6 coupe but also continues the saloon trend that has been synonymous with the BMW range such as the M3 and the M5 saloons.

The X series was also expanded in the 2000s too with the X3 the first example of the luxury crossover range. Later on the X5 continued the trend which has proved popular with new BMW enthusiasts.

BMW has also been consistently praised by not only for being a luxury vehicle producer but also for its environmental commitment. Many vehicles in the range have been praised for their fuel economy and BMW even introduced hybrid concept cars which were released in 2009 with the Concept 7 and the Concept X6 Active Hybrid.

The latest cars in the BMW range are also fully electric. The BMW i series comprises of the i3 city car and the i8 sports car. These herald not only the future for BMW but for the automobile industry in general.

Performance Direct has been providing quality insurance cover for many years and has a successful track record of offering unbeatable policies for BMWs. Whether your 7 series is a classic from the 70s or the latest model, Performance Direct insurance works hard to offer the best BMW insurance policies on the market.

Our policy is to treat customers with the respect and attention to detail they deserve by dealing with every customer on an individual basis. That is how we can provide the best cover on the market, whether you own a classic BMW or a modern sports car or saloon.

So get in touch today by calling our dedicated BMW insurance team or go online to obtain a BMW quote. 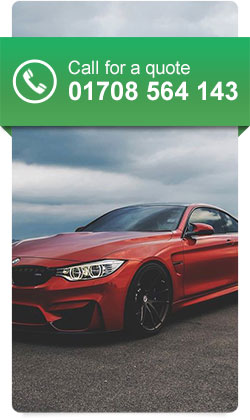