As one of the UK’s leading insurers of performance and sports cars, Performance Direct has considerable experience insuring Alfa Romeos.

From classic Alfas – GTVs and Duetto and 2600 Spiders – to the latest Giulietta and Giulia models as well as Alfa’s flagship 4C coupes - Performance has the experience and specialist contacts to save our clients time and money.

Go online to get a quote or call our dedicated Alfa Romeo team today on 01708 564 143 and see what Performance Direct Insurance can do for you.

Performance Direct has provided specialist motor insurance for over 30 years. During this time, we have built many special relationships with the UK's leading insurance underwriters and have created a number of unique motor insurance schemes. These allow us to give you cheaper policies - often for vehicles that other insurance companies won't insure!

Select your vehicle for a fast online quote

if you're a driver, there are five clear reasons to choose Performance Direct for your vehicle cover:

We're open 7 days a week and our free online quote engine for UK car insurance is the best, quickest and most advanced we know of (and we've done a lot of checking!).

So, whatever your drive and whatever vehicle you own, you can trust Performance Direct for the best Cheap Car Insurance.

Alfa Romeo's position as a world leader in sports and luxury car manufacturing cannot be understated. Whether producing sports coupes or luxury sedans, Alfa Romeo has always been at the forefront of luxury, quality and performance.

Whether you own a classic GTV or Giulia or the latest Giulietta sports car Performance Direct has the experience to source the right insurance cover for your requirements. We source through a variety of UK providers and can find the right cover for your Alfa Romeo.

So go online today or call in and speak to our dedicated Alfa Romeo team to see how we can save you money on your Alfa Romeo insurance.

Alfa Romeo was established in Milan in 1910 although its origins can be traced back a few years before. Initially the company was known as A.L.F.A and produced mechanical parts for the military, however, following the end of World War 1 the company began to produce cars and became Alfa Romeo in 1920.

Alfa Romeo began producing cars of the Italian racing circuit and had much success with Enzo Ferrari as the driver. It produced luxury cars throughout the 1930s and, like with many automobile manufacturers at the time, was seconded into military efforts during World War 2.

After the war, however, Alfa Romeo returned to the racing circuit and an Alfa Romeo 158 Alfretta won the inaugural Formula 1 championship in 1950.

The immediate post-war era saw Alfa Romeo achieve success in the domestic and international automobile market. Such classic and iconic vehicles as the Giulia SS which was revealed in 1959 as a two-door sports coupe. A larger engine version was also released in 1963.

The Giulia name was also used by Alfa Romeo on a series of executive sedans which were produced between 1962 and 1972. The Giulia range of sedans are seen to be classics in the Alfa Romeo range for their power and performance. Giulia also came in Spider and Sprint coupe editions as well as a Sprint Speciale edition which gave an increased sports prestige to the model.

A second Giulia range followed due to the original's success. The second series had 1.3 and a 1.6 litre versions and were an update to the original. The success of the Giulia model range for the heritage of Alfa Romeo has seen an updated version planned for a 2015 release.

It was the 1960s, however, that saw a golden era for Alfa Romeo. In addition to the Giulia the 2600 was a flagship of the Alfa Romeo range. The six-cylinder luxury car came in a sedan, coupe and a convertible. It was the 2600 touring version that gained the most attention, the Sprint, as it was also known, was feted for its luxury and its stability. The flagship 2600 models did not have the success in the 1960s that Alfa Romeo wanted but today they are judged as classics for their design and performance.

Alfa Romeo has had success in each post war decade and there have been many iconic vehicles produced. The 1970s for instance is best known for the Montreal concept car that was a 2+2 sports coupe. The V8 engine and fuel injection system made it a popular and powerful sports car for the time.

Alfa Romeo has also produced a range of other vehicles, from hatchbacks to saloon cars. The Alfa Romeo 75 is a great example of the diversity of Alfa Romeo as a car producer. Made to celebrate Alfa Romeo's 75th anniversary in 1985 it was designed as an executive sedan that had many unique design features and a box look that proved very popular and was a great commercial success. Successful executive cars continued into the 1990s such as with the 155 and 166.

Alfa Romeo continued its tradition as a sports car manufacturerwith the release of the GT in 2003. The Alfa Romeo GT was created as a powerful and luxury coupe and was praised for its quality looks. The GT was popular across Europe and many special editions were made such as the Special Edition for the UK market and the Run Out Edition for the Dutch market.

Alfa Romeo continues to produces quality sports and executive cars today and shows no signs of slowing down in its second century. 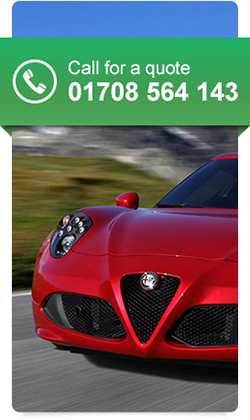