VW Beetle Insurance by Performance Direct offers comprehensive cover at low prices. Our success was founded on providing value for money insurance cover for all enthusiast and classic car drivers – including, of course, the owners of VW Beetles. That's why we're so confident our VW Beetle insurance offers the best value and the finest cover available. From original, Type 1 classic Beetles to insurance for modified VW Bugs and new Beetles, we have a range of policies which can save owners time and money.

Get a cheap on-line Beetle or Classic Beetle insurance quote from Performance Direct now, or give our expert team a call 7 days a week.

Quite simply, at Performance Direct we love old cars and old bikes! Vintage motors are our bread and butter. Over the years, we’ve insured many hundreds of classic and vintage motorcycles and motors, and become well known among motoring enthusiasts. Whatever specialised classic vehicle insurance you’re looking for, come to the experts.

We look forward to hearing from you.

if you're a VW Beetle driver, there are five clear reasons to choose Performance Direct for your vehicle cover:

We're open 7 days a week and our free online quote engine for UK car insurance is the best, quickest and most advanced we know of (and we've done a lot of checking!).

Whatever VW you drive, you can trust Performance Direct for the best Cheap Car Insurance.

More about the Classic Beetle and VW Beetle Insurance

The original Volkswagen Beetle, was produced by VW from 1938 until 2003 after which the New Beetle took its place. Famously the original car, and its objectives, were formulated by Adolf Hitler, who wanted a cheap, simple vehicle that could be mass-produced for the new German Autobahn road network.

Ferdinand Porsche created the Beetle's design – one of world's first rear-engined cars – and with over 21 million manufactured, the Beetle went on to become one of most popular car designs ever.

Perhaps then it's no surprise that Performance Direct insures so many Volkswagen Beetles – new and old, across the UK.

Another reason is because the Beetle (or VW Bug as it's also known) gave rise to some very popular variants, including the Volkswagen Karmann Ghia and the Volkswagen Type 2 bus – both popular vehicles at Performance Direct. In 1974, Volkswagen's front-wheel drive Golf model succeeded the Beetle but in 1994, Volkswagen unveiled the Concept One , a retro concept car with a strong resemblance to the original Beetle, heralding the introduction of the "New Beetle", built on the Golf platform, with styling recalling the original Type 1.

In a 1999 international poll seeking the world's most influential car of the 20th century, the Type 1 VW Beetle came fourth, after the Ford Model T, the Mini, and the Citroën DS.

Performance Direct's love of the 'Bug' extends to visiting VW and Beetle shows all over the UK, including Big Bang Camper and Bus, Bug Jam and VW Action (for modified VWs) at Santa Pod. 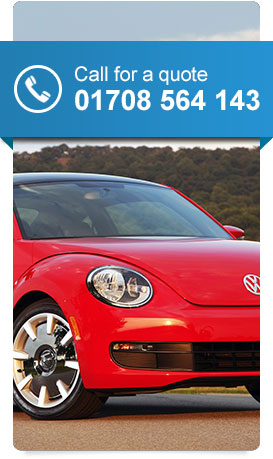